Hey Russell here from Prime Motion Training. In this short video I want to address the question “Have I left it too late to prepare for my Police entrance exam?”.

So let’s have a look at learning any particular skill, whether it’s a musical instrument or you’re starting a new sport or activity or preparing for a Police entrance exam, there’s a learning curve.

It takes time to understand the fundamentals to get good at the basics to practice them, to get some momentum and to finally start building your skills and your confidence. There’s a little bit of a curve to that and we don’t start anything new and then the next day, we’re amazing at it.

It’s a bit like when should you plant a tree? Well yesterday would have been a better time but let’s start today if you didn’t do it yesterday.

How long does the average person need?

So six weeks is about the average time that we find our members need to prepare, learn the formulas, understand the strategy, practice all of those things and get themselves to a good level where they’re confident and they can pass the exam on that first attempt.

Now if we don’t have that much time, if we only get three weeks or two weeks or even if we only have one week before our entrance exam is it too late to start preparing?

Well, no, of course not because we need to think a little more long-term about this. Most states of territories will allow you to resit any components that you were unsuccessful in the first attempt. So if there are 8 different components and you manage to pass four, but fail the other four you can come back in whatever time frame that they allocate.

The timeframe to resit can be as long as six to eight weeks later. You can come back and resit those four components that you’ve failed on the original attempt. Now, that’s where we need to think long-term.

If you can’t pass the failed components on your resit, your application is usually cancelled, right?

So if we think a little bit more long-term, even if we’re not completely successful with the first exam we can still get some value out of any extra weeks of preparation particularly keeping in mind the learning curve.

So when we go back and start preparing for the next attempt at our resit, we’ve already been able to use this valuable one week rather than having to start from scratch.

As you get closer to sitting your initial exam, the amount of time you’ve got up your sleeve is just more and more important the closer you get to doing that exam.

If I can just get half of the components passed on my initial exam, that would be a good result if I’ve left it so late. Then I only need to focus on half of the remaining components to get up to speed before I do the resit.

So again, the earlier we can start around about six weeks is ideal as we get further and further towards the exam that time becomes more and more of a pressure.

Best not to delay, get stuck into it as early as you can and if you think you’ve left it too late my advice would be to think about the resit as the finish line not so much the initial attempt.

I hope that helps and I look forward to chatting to you again in another video soon.

PrevPreviousWill my age affect my chances of joining the Police?
NextSo you say you’re community minded, can you back it up?Next 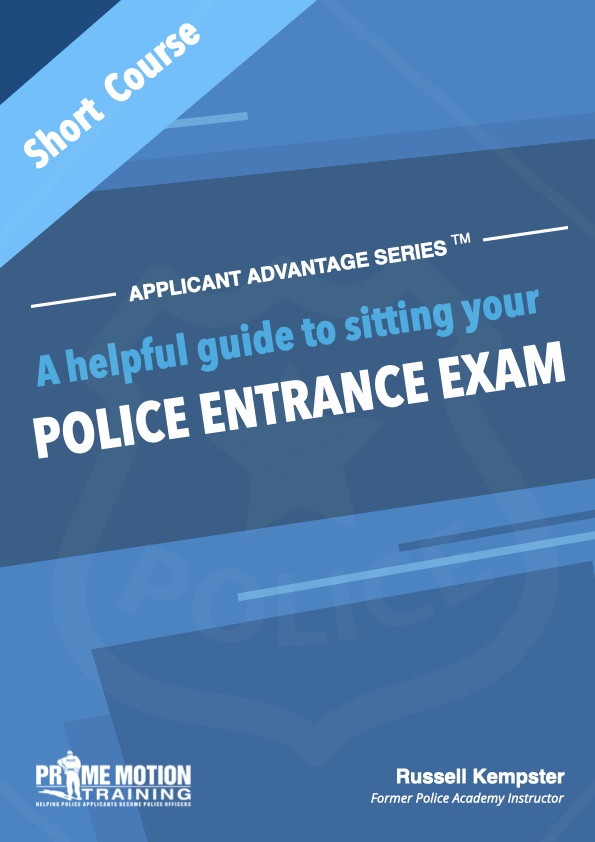