The Definitive Guide to the Cognify Mini-Games Test!

Applicants preparing themselves for police entrance exams, for these states/territories, should familiarise themselves with Cognify testing. I’ll help you to do just that in this article.

Cognify is an assessment method used to determine an applicant’s suitability for the role of police officer. It can form part of the academic assessment (entrance exam) or the psychological assessment, as part of a broader set of assessments that police applicants need to undertake.

A police applicant’s Cognify test results can predict how the applicant is likely to perform in the role as a police officer.

Unlike more traditional police entrance examinations, or psychological assessments, there are no questions! That’s right, Cognify has no questions, rather the test is based on a series of mini games divided into 3 categories or skill types.

What Are The 6 Mini Cognify Games?

Games 1 to 3: Shortcuts, Gridlock and Resemble assess the applicant’s ability to problem solve (without having existing knowledge) by learning quickly and being able to apply new learnings under time pressure.

The objective of the ShortCuts game is to manoeuvre the coloured ball from its starting position, along a maze type path, to the end position, represented by small stars. There are obstacles in the way that need to be moved, however, moving the obstacles to clear a path for the ball incurs penalty points. This means applicants need to think strategically about the most efficient path to the end position in order to minimise the number of penalty points that accumulate.

Applicants will need to complete 7 separate ShortCut games in 4 minutes. 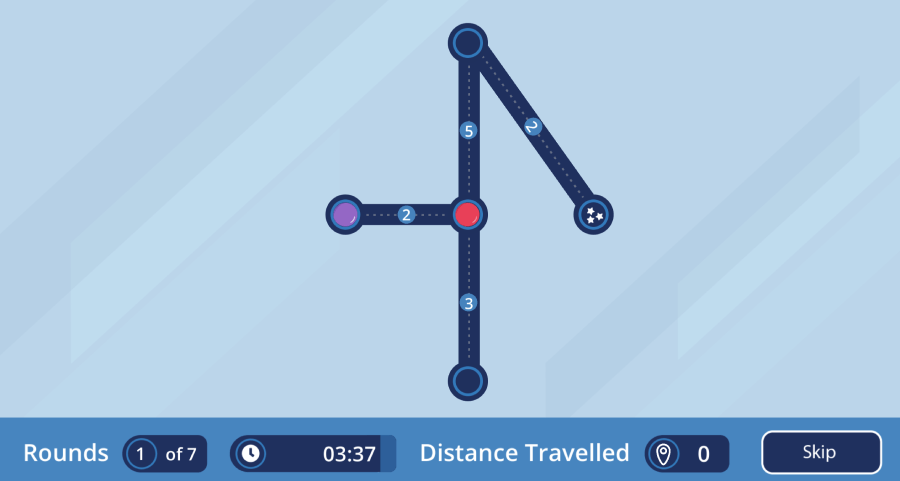 The objective of the Gridlock game is to solve a series of puzzles by fitting single pieces into the matching shaped openings. Much like a jigsaw puzzle, certain shapes will only fit into certain positions within the broader puzzle.

Applicants will need to complete 9 separate Gridlock games in 3 minutes. 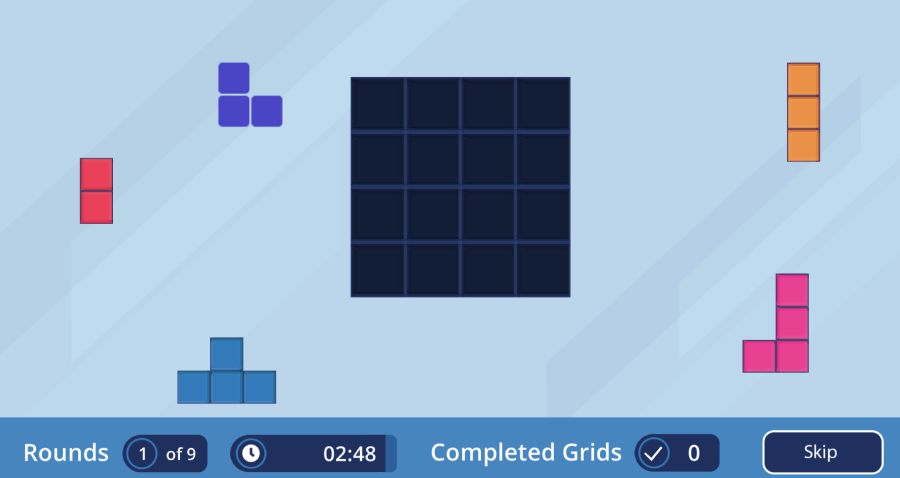 The objective of the Resemble game is to replicate the display image by moving individual pieces into position so as to resemble the original display image.

Applicants will need to complete 9 separate Resemble games in 3 minutes. 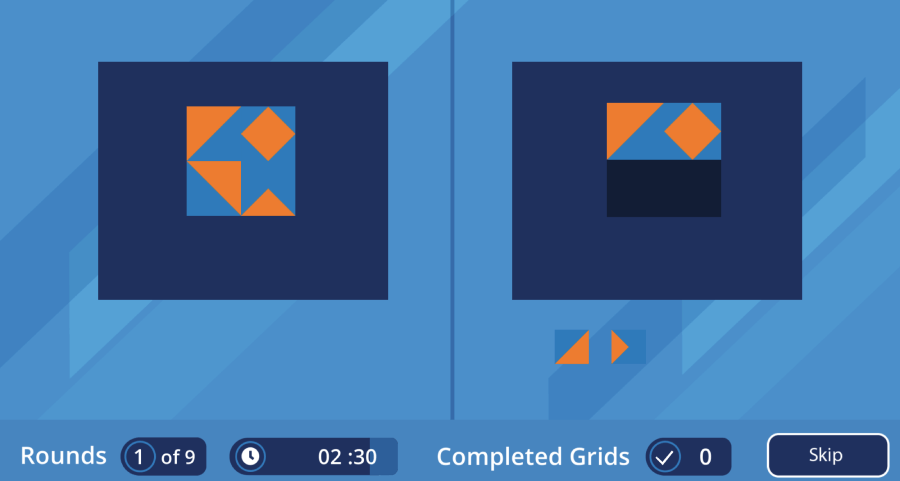 Games 4 and 5: Numbubbles and Tally Up assess the applicant’s ability to comprehend quantitative and concepts involving numbers.

The objective of the Numbubbles game is to identify calculations, displayed within bubbles, where the answer to the calculation is equal to the displayed number, or “target number”.

Applicants will need to complete 10 rounds of Numbubbles game. 20 seconds is allocated per round. 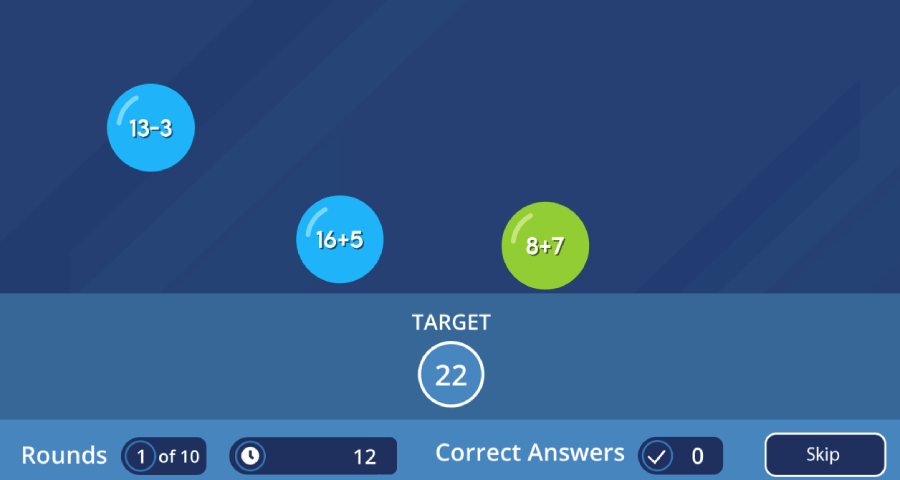 The objective of the Tally Up game is to identify whether two sets of numbers are equal, or if one set of numbers is higher in value than the other. When the calculation has been completed, and the value of each of the two number sets has been determined, the applicant must indicate, by clicking the “=” sign, where the two sets are equal, or, by clicking on the arrow that points to the number set with the higher value.

The Tally Up game is fast-paced and the applicant is under significant time pressure to complete 35 rounds when only 4 seconds is allocated per round. 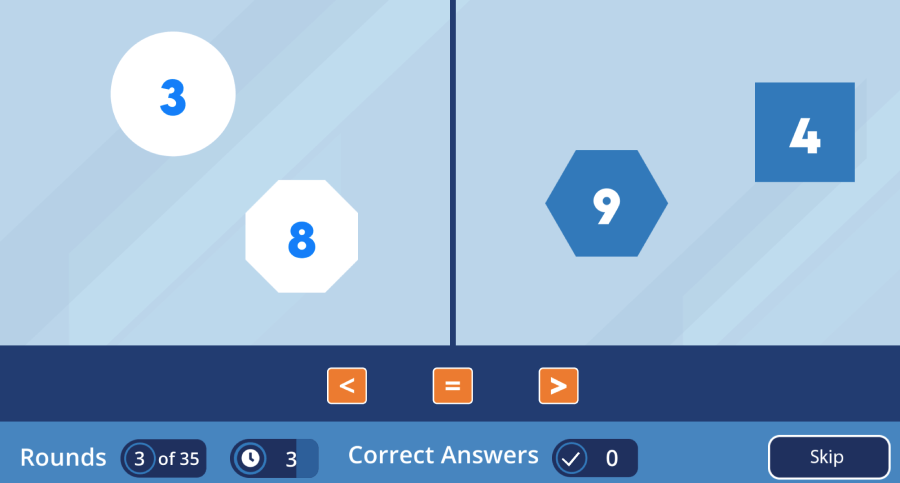 Game 6: Proof It assesses the applicant’s knowledge of written language by testing his or her ability to identify errors in written text. The errors may be in the form of spelling mistakes, punctuation or grammar errors, or simply the use of a word in the wrong context.

There are a specific number of errors within the text. As the applicant finds an error, they click on that error to select it. The system will indicate whether they have identified and error or infact selected something that is not an error.

Selecting an error reduces the remaining number of errors still to be located within the remaining time. Selecting part of the sample text that is not does not have an error would be marked as an incorrect selection, or a “strike”.

If an applicant accumulates 3 strikes, the round would be finished.

The applicant should attempt to find as many errors as possible within the allocated time. As each sample text is presented the number of errors may increase, however, the time does not, which places more pressure on the applicant to located errors.

Applicants will need to complete 5 rounds of Proof It. Each round has one article and the number of errors in each article can increase each round. One minute is allowed for each round/article. 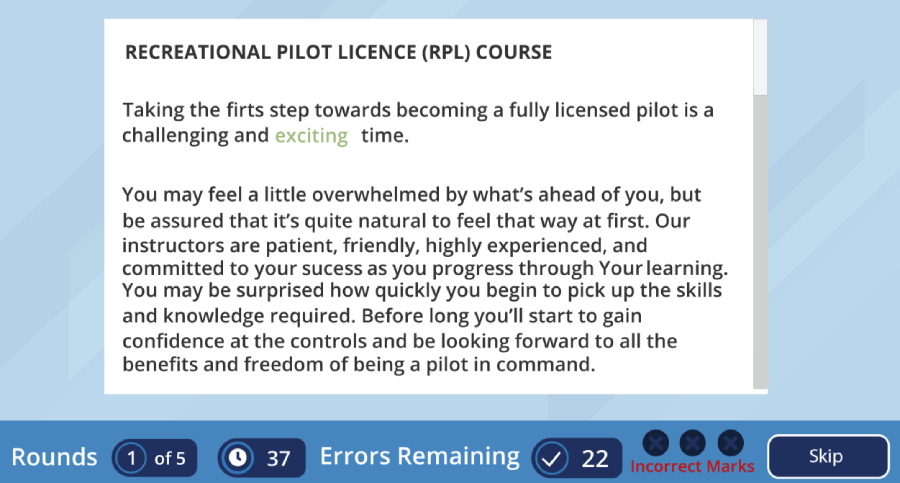 What Are The Pass Marks For Cognify Mini Games Test?

There is no specific number of questions that must be answered correctly in order to pass the Cognify test. Instead, applicants are assessed against a target group in a broad cross-section of adults employed in mainly professional positions.

An applicant’s scores across each of the three main categories of testing, problem solving, numerical reasoning and verbal knowledge, are compared to the “average”. An overall score is also calculated.

The following scale is applied as a scoring method. The percentages provide an example of the breakdown, by percentage, of the scores achieved in the target group.

Who Runs The Cognify Tests?

Cognify testing for Australian police exams is conducted, on behalf of police organisations, by Revelian.

Revelian is an Australian-based company specialising in data-driven human behaviour insights. We support and partner with our clients, so they can confidently make effective hiring and development decisions.

How To Prepare For Cognify Tests?

Whilst there is plenty of information on the internet explaining the ins and outs of Cognify, much like this article, there was no genuine practice games application based specifically on Cognify testing, until now!

We are passionate about helping police applicants achieve their dream of becoming police officers. When we couldn’t find similar games or applications, of a high enough standard, for our members to practice with, we decided to build our own!

After 7 months of training and testing, and substantial financial investment, we have created the most realistic Cognify testing program available anywhere! 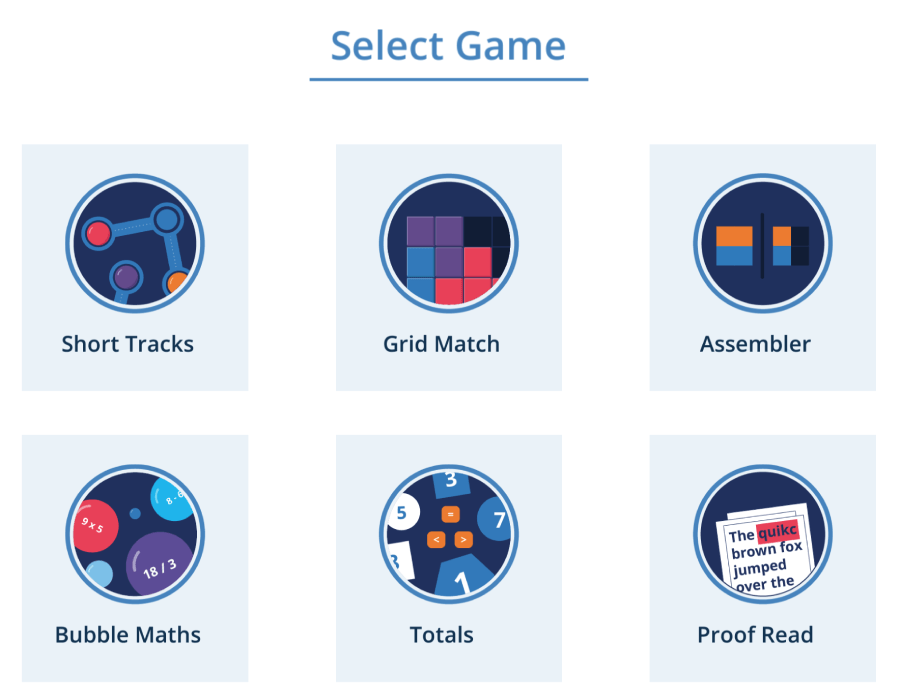 Our application is available to all of our members to ensure they have the best possible tools to help them maximise their chances of achieving their dream of becoming police officers.

Our custom built, Cognify based, mini games application has hundreds of built in questions in the database. The questions are randomly generated each time a new mini game is attempted.

Our members have unlimited access to our Cognify mini games test preparatory course and practice tests. Start your Cognify practice tests and blitz the real thing!